Get fresh music recommendations delivered to your inbox every Friday.
We've updated our Terms of Use. You can review the changes here.

by Otto and the Moaners 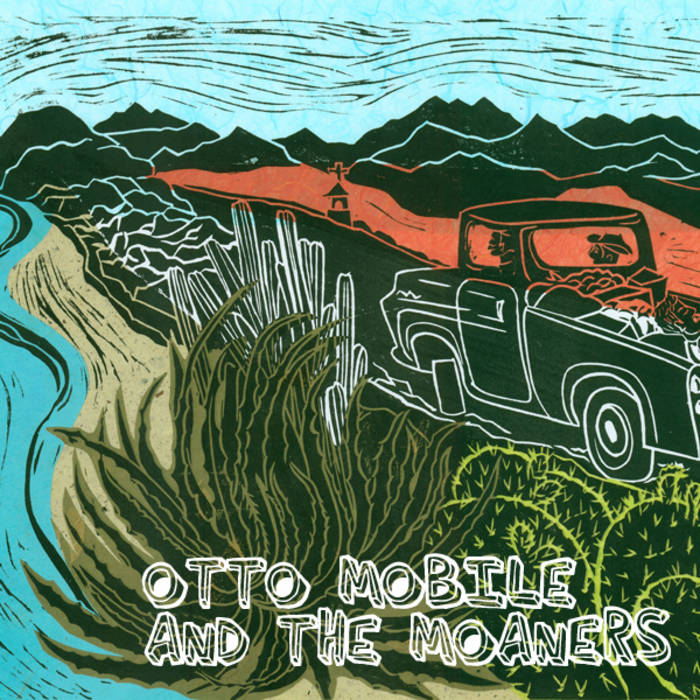 Restless Sun is the second album by Otto Mobile and the Moaners. On it they blend West Coast whimsy with their Midwestern Roots Rock. Since 2008’s Lost Songs of Otto Mobile the band has tightened up its sprawling lineup. Now, the group has orchestrated a rounder sound with lush simplicity that serves this new batch of songs by Matt Lundquist.

All of Otto’s songs were written either in Oakland, CA or Bloomington, IN or somewhere in between. Lundquist is emerging as a confident songwriter and the band’s arrangements reveal a shared vision. The melodies are more enduring and his original phrasing lends potency to the words. The stories were culled at different times of the day to reflect its changing moods. The 1st two songs ‘Don’t Be Alarmed’ and ‘Restless Sun’ sound like sleepy sunday mornings, hung over but thankful to “let the day blow where it may”. Whispering pedal steel, dreamy organ and Elliott’s celestial vocals welcome the listener to another day. ‘Hung Over On You’ is a dizzy morning after with a sledgehammer chorus. Then, sleeping mornings give way to stoned afternoons on ‘Pining for Colorado’, ‘Ol’ Blue’, and ‘One Step’ - Otto’s Highway Trilogy. These midday midtempo ballads are live staples in the Otto Mobile catalog. Halfway through the album, someone steps on the gas as the band burns through ‘Sunny Day Blues’, ‘Guilty As Charged’, and ‘Shady Side of the Street’. As the day gets dusky the stories also get darker. By the time they hit ‘Slow Train’ the frenzy is threatening to derail. The lone late night number, ‘Hold On For Dear Love’ is a sleep deprived lullaby to the world. The dreamy kaleidoscope of sounds are back as the listener is encouraged to lay back and “let the world keep turning.”

Lundquist sings his songs like a father to his kids. He also pieces together a symphony of guitars. The Gibson Jumbo, mother of the songs, is a steady and nurturing presence. His manic depressive Stratocaster fluctuates between sensitive tremolo tones, screaming guitar rock and melodic slide. Somewhere between Heaven and Earth, the pedal steel floats in and out of the words and rhythms. Lundquist can also be heard sucking and blowing on broken harmonicas.

The voice of Elliott Peck elevates and blesses the tracks with feminine charm. She lends angelic harmony (See ‘Restless Sun’) and badass soul power (See ‘Sunny Day Blues’) The original pairing of Matt and Elliott’s vocals shift dynamically between close knit harmony and counter melody. His style is earthy and simple while she is free to embellish with her vocal gymnastics. Elliott’s Wurlitzer and organ round out the band’s sound and provide a colorful chord bed for guitar hooks. Her acoustic piano composition in ‘Pining for Colorado’ is the driving force on this highway ballad.

Connor O’Sullivan is the sonic guru of the band. His bass playing follows the songs’ moods - aggressive Gibson SG on the rock tunes, soft, round Fender P-Bass pulses on the lighter tunes and stand up Kay bass thumping on the folky numbers. He also adds dreamscape organ and rock style wurlitzer on ‘Guilty as Charged’.

Rob Schwartz lays down some tasteful drum tracks for the others to decorate with layers of sound.

This album was recorded over a slow burn at Connor’s studio in the Outer Richmond District of San Francisco. The band produced and recorded the record all on their own.

Otto and the Moaners Bloomington, Indiana

Otto and the Moaners is the vehicle of songwriter Matt Lundquist. Named in honor of his banjo plucking great uncle Otto, the band has been on a slow burn since 2008.

Otto and the Moaners recommends:

Bandcamp Daily  your guide to the world of Bandcamp